→ Origami cubes creations from around the world 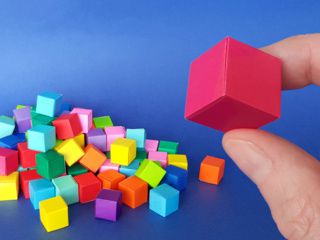 How to make an origami cube 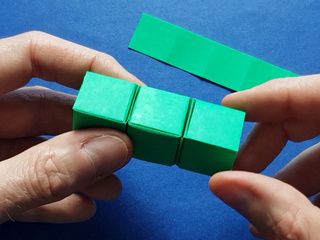 How to join origami cubes 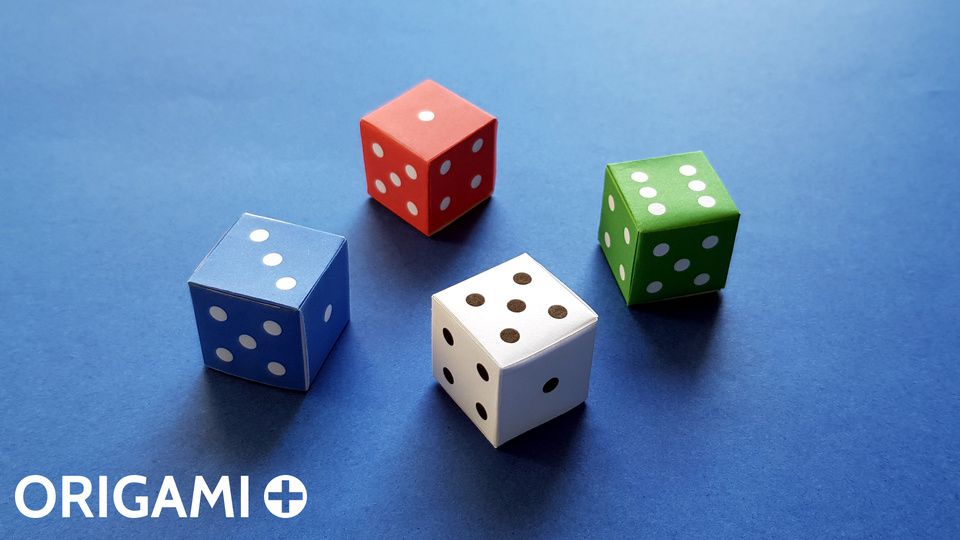 It takes only a few minutes to make an origami die (or origami dice as you can quickly and easily make more than one!) with this printable die template. So the next time you need some dice to play some game, Yahtzee, Monopoly, Clue or your favorite role playing game, just print and fold them! This paper die is a fun papercraft for kids and adults alike.

This paper die is folded using my new origami cube design, without glue or tape. I made a printable template so that you can easily get the dots on the right faces. Just select the color you like, print the template on A4 or letter size paper, and fold following my video instructions.

The template is available in different colors: the classic white die with black dots, and colorful red, green or blue dice with white dots.

I think these origami dice look pretty cool, I hope you will like them! If you make some paper dice, please send me some photos at stephane@origami.plus so that I can add them on the Origami Cubes website and show them in a future video on the Origami Plus YouTube channel!

I made origami die templates in different colors:

What's the singular of dice and the plural of dice?

The singular is die, and the plural is dice. Sometimes dice is also used as a singular, but dices is never used as plural!

Does the paper die give truly random results?

I don't know, but as it is not entirely symmetrical, I suspect there might be some numbers that come up more often than others. That could be a good exercize to do in a maths class: throw the die a large number of times, and plot the distribution of results! (and then please tell me the results!)

How to make an origami die

Here are the step-by-step instructions to fold a die (photo diagram and/or video). 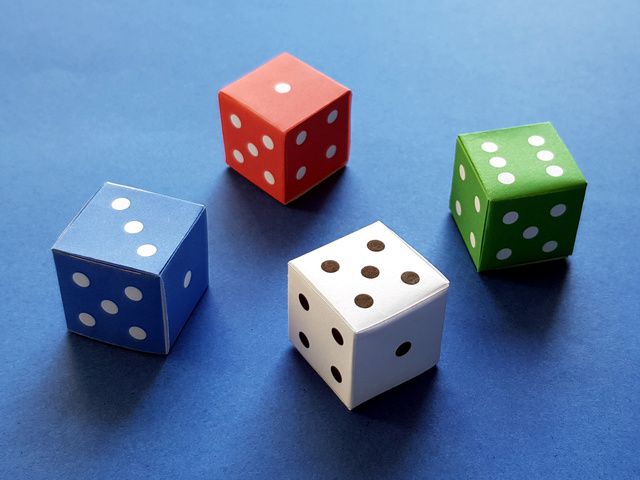 1. Colorful origami dice made with the printable templates. 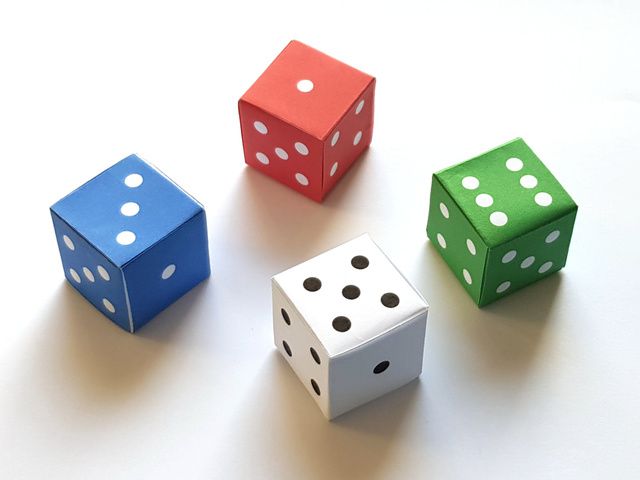 If you make some paper dice using this origami die template, use it in a class, for a project or anything else, please send me pictures so that I can show them on the https://origamicubes.com website and in a future video!

My email is stephane@origami.plus and you can also send your origami pictures on Facebook: https://facebook.com/origami.plus or on Twitter: https://twitter.com/Origami_Plus

Thank you very much and happy folding!

Note: this model is an original model protected by international copyright laws. Please do not publish instructions, diagrams or videos that show how to fold it, but instead point people to this page. If you would like to help with the translation of the instructions to your language (or improve the translation), please let me know. Thank you!

If you fold this die, please send me pictures of your paper die so that I can show them here.

What do you think of this die?

Have you tried this this die origami model? How did it turn out? Please tell me, and send me a picture of your model so that I can add it on this page!

The Origami Cubes were created in 2022 by Stéphane Gigandet. This new origami cube model has several benefits over other origami cubes models:

Make colorful origami cubes and join them like paper Lego bricks to make cool Minecraft like creations! No glue, no tape, just paper!

Making an origami cube is very easy and quick (2 minutes per cube), and you can use standard copy paper or origami paper. You can then join the origami cubes to make fun creations. Video demo and tutorial:

Subscribe to the Origami + YouTube channel to be notified when I publish new origami models and videos.